Sometimes a story gets sacrificed to its medium.

When Taraji P. Henson left my favorite TV show, Person of Interest, the writers had to kill off her character. It was horrible. Not only was Detective Carter my favorite character, she was also the moral center of the show–one which the writers have yet to replace.

This happens a lot in long-running shows. Characters have to be killed, or sent overseas, or divorced, even if it makes no sense for the plot. (I’m looking at you, Downton Abbey!) 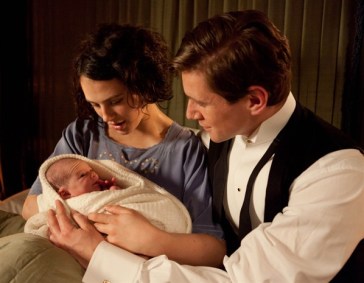 I’m not against killing characters in books, movies, and TV. It’s often necessary. But you get a different feel when the character’s death was baked into the story at the outset rather than tacked on later because Hollywood negotiations broke down.

Killing off a character simply because the actor quit always feels jarring. I’ve yet to see TV writers handle it well. They never seem to take the plot in a surprising new direction after the character is gone. It goes on as before, with one essential element missing. It’s not a plot twist. It’s a slap in the face of good storytelling.

It tarnishes the viewers’ enjoyment of the show because it’s a harsh reminder that it’s all make-believe. Suddenly, that story world we were absorbed in doesn’t seem so real after all.

All this is a the long way of saying I’m glad I’m a novelist. The reader’s imagination cooperates with me in creating these characters and they live exactly the lives they are supposed to. If someone dies in my novel, it will happen at exactly the right time, and they will be killed for logical story reasons, not at the whim of an actor chasing a bigger paycheck.

About the author: Alex Kourvo writes novels under the pen name M.H. Mead. Sometimes people die in her books.